A recent questionnaire given to members of the public has revealed the most memorable hockey moments in American culture. Interestingly, they are not related to any specific games or sporting figures. Instead, they come from popular television shows and movies.

In the most hilarious episode of this sitcom, the characters make their own movie. Much of the amusing action takes place on a hockey rink. The hero Michael Scarn must stop a bomb, disguised as a hockey puck, from detonating during a big game. Participants in the questionnaire named the skate racing scene as the most memorable moment of the entire episode. 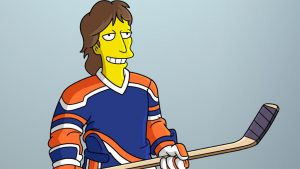 The Simpsons is one of the most well-known TV shows of all time. So it is no surprise that an episode made it onto this list. Lisa on Ice, from season six, has Bart and Lisa compete against each other in a local ice hockey match.

South Park has been praised and criticized for its controversial subject matter. In the episode Stanley’s Cup, one of the main characters must train a pee wee hockey team. It is a parody of cliched sports movies. The ending scene where things do not go as planned stands out in particular.

It seems strange that a horror film series with very little to do with the sport would rate highly on this list. However, the villain of the iconic franchise wears a hockey mask during its many installments. In fact, the mask from Friday the 13th is even known to people who do not follow hockey.

This Kevin Smith comedy follows a clerk who comes into work even though it is his day off. To let off some steam, he plays roof hockey with a group of friends. Audiences remember this scene for its irreverence and sense of humor.